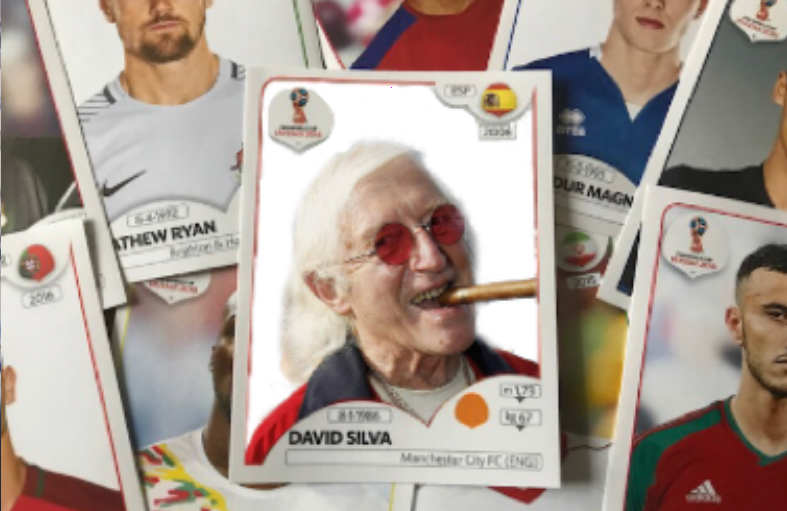 A mother was outraged to discover a picture of disgraced TV star Jimmy Savile in her son’s World Cup sticker album.
Thirty-eight-year-old Clementine Vert spotted the former Top of the Pops presenter’s image in a pile of swaps her son Denzil was taking to school.
“I asked him why he had a sticker of the pervy old fucker and Denzil just shrugged and replied ‘he’s one of the Spain players’,” Vert said.
“He opened his sticker book and there was Savile’s wrinkly old mug, between Sergio Ramos and Iago Aspas.
“I can’t believe they’ve put a picture of that dirty bastard in among one of the tournament favourites – I mean he’s wearing a tracksuit and smoking a cigar.
“He doesn’t look like a footballer ready for the biggest tournament on Earth. I mean, he’s dead.”
The sticker manufacturers apologised for including the shamed paedophile in their Russia 2018 collection, blaming a printing error.
“Unfortunately, a member of staff misread David Silva on the list and printed a few hundred Jimmy Savile stickers instead,”  a spokesman said.
“Hopefully, we can fix it for anyone who has a sticker of the marathon-running monster by sending them a few free packs.
“This is the first time anything like this has happened. Well, since that mix-up with Taribo and Fred West.”