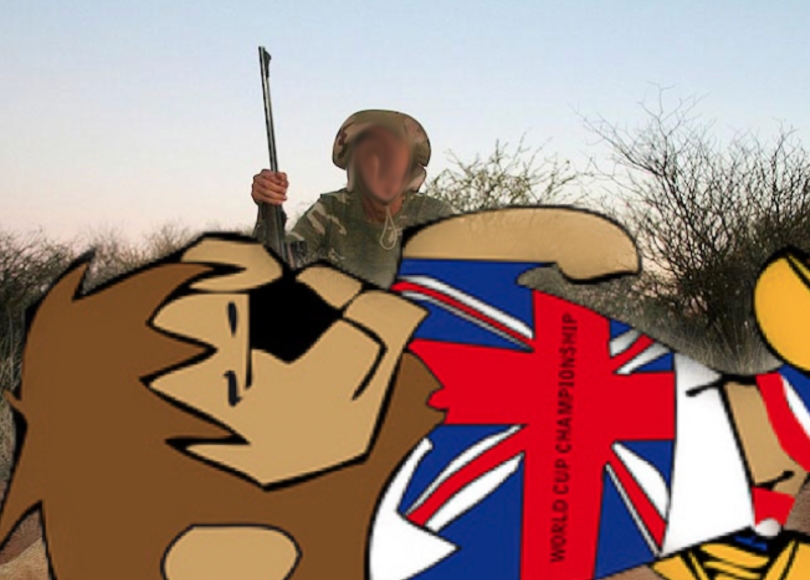 Social media reacted with disgust after discovering World Cup Willie has been killed by a trophy hunter.

Chuck Fessington III – a US dentist from Cleveland, Ohio – has gone into hiding after a photo of him posing with the slaughtered World Cup ‘66 mascot was shared thousands of times on Facebook.

Animal lovers, activists and football fans all rounded on Fessington, who hasn’t been seen at his home for the past three days.

“I see that dentist was all big-bollocks brave with a gun but not man enough to take on the lion with his bare hands. What a massive twat,” he said.

However, some people have come to the defence of Fessington.

Gamekeeper Milbert Mufasa said: “Hunters provide an important service as the mascot population has continued to grow at an alarming pace.

“We have to control their numbers otherwise creatures like Gunnersaurus and Footix would start encroaching into urban areas looking for food.”